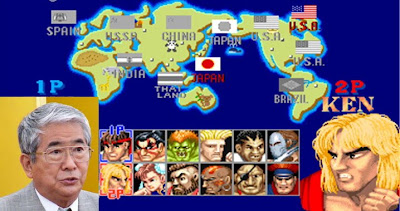 Over the past month, anime and manga fans, both in Japan and overseas, have been keeping close tabs on the passage of amendment changes to the Tokyo Youth Healthy Development Ordinance. Dubbed "Bill 156", its controversial formation and quick passage by the Tokyo Metropolitan Assembly on December 15th spawned outrage from the "Comic 10-Shakai"—an association of ten Japanese publishing companies—and the Association of Japanese Animators. As a form of protest, the groups threatened to boycott the Tokyo International Anime Fair in March of 2011.
Since the bill's passage and its resulting backlash, both sides appear to have made little ground. In an interview with the media on December 17th, Tokyo Governor Shintarô Ishihara indicated that this ordinance was done with the safety of children in mind and vaguely targeted those who promote a "book of any sort could instigate children toward crime or delinquency". Without being specific, Ishihara described the potential violators of the new Ordinance as "sad people with warped DNA", even though he also felt that Nabokov's Lolita was similar in content, but not in "beauty" (translation and report from Dan Kanemitsu, who is covering this matter on his blog):

"For example, Mr. Yasunari Kawabata was strongly influence by Nabokov’s Lolita and wrote a bizarre novel, and while that [book] was rather shocking when it was first released, but still is wasn’t so escalated and managed to capture poetic beauty.

But look, you got this stuff that’s all out in the open, and listen, men can’t marry children that aren’t 7 or 8 years old, and having girls like this being raped, that kind of thing, how to do I put it, being portrayed as a part of a narrative that’s supposed to be justified, is something that I frankly believe serves no useful purpose what so ever, and it’s a poison with no redeeming qualities what so ever."

While Governor Ishihara hasn't minced his words on the matter, the publishing companies and the anime/manga industry appear to be ready to take their threats of boycott to a new level. Anime News Network reports that as of December 28th Kadokawa Shoten, ANIMATE, and six other businesses have announced plans for a rival exposition called the "Anime Contents Expo" to take place during the two public days of business for the Tokyo International Anime Fair (March 26-27, 2011).

While the content of the Anime Contents Expo will likely resemble that of the Tokyo International Anime Fair, the difference will naturally be in the location of the event. While the Tokyo International Anime Fair will take place at Tokyo Big Sight, just off the Yurikamome line in the Odaiba area of Tokyo, the organizers of the Anime Contents Expo have placed their event at Makuhari Messe, the location of the original Comiket.

The following information regarding the Expo was posted on the Kadokawa and ANIMATE websites. (Translation done by Geoff Tebbetts. Links not part of the original message.)

Anime Contents Expo Preparatory Committee
As many of you may well know before from our announcement, we are in support of the Japan Cartoonists Association (JCA), the Copyright Network for Comic Authors in the 21st Century, Manga Japan, the Comic 10-Shakai, and the Association of Japanese Animations in their opposition to the revisions made to the Tokyo Metropolitan Youth Healthy Development Ordinance.

Because of this action, many of us who had planned to participate in the Tokyo International Anime Fair (TAF), to be held in March of 2011 with Tokyo Governor Shintarô Ishihara as the head of the Executive Committee, have unfortunately decided to withdraw our exhibitions from this year's TAF due to our opposition of this revision. However, we highly appreciate the history and significance of TAF, and we deeply respect the Association of Japanese Animations for all the tremendous service as TAF's organizers.

However, we have considered the feelings of all the fans that have enjoyed TAF and have looked into setting up some sort of new outlet for the period of time when we provide important updates on new releases over the spring and summer of 2011.

As a result, after considering the conveniences for the fans that come from across the country, their plans, and the availability of locations, we have decided to hold the "Anime Contents Expo", a joint event that will consist of anime-related businesses in the following manner.

We will do our best to provide a place for all fans to enjoy themselves.

We will also strive to widen the contacts for each company with similar interests and enhance operations, so to all the fans and related organizations we ask for understanding and cooperation.

Details regarding the event will be subsequently announced starting in January of 2011.

While some have wondered about the state of TAF itself immediately after the passage of the law in Tokyo, the announcement of the Anime Contents Expo may have very well been the opening bell for competition outside of Tokyo (and perhaps Japan). Many are predicting that TAF will have much more foreign presence from American, Korean and Chinese animation companies with the absence of the major publishers and animation studios, but what will competition from the ACE do to domestic business?

Will there even be a Fair at all?
Posted by Geoff at 7:40 PM