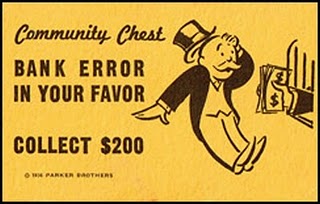 The Spring 2011 anime season is just about over!
Go directly to Go! Collect what's left of your sanity!
Let's face it—being an anime fan this season meant that huge investments in time had to be made. Perhaps you've spent a little coin for a premium membership at Crunchyroll. In all likelihood, you've even invested sleep to watch some of the shows (since there were a lot of them). However, just how much of that investment has actually paid off? What shows out there were worth their weight in Perica?

Yes, this is part of the promo video for Maria Holic Alive's "Runrunriru Ranranrara".
Where will it rank?
With the end of another (crowded) anime season upon us, finally just about everything can be put into place. Most shows are ending, but some have another season to go, complete with changes to the opening and ending songs and animation, so it's about time AniMaybe gets to ranking these things! The ending themes have been compiled and ranked before, but the sheer number of opening themes makes their ranking a bit more complex. Here are the Top 25 Opening Themes for the Spring 2011 anime season (along with what we felt had to be the worst).
(Once again, all of the CD images are straight from the CD Japan website.)
Read more »
Read more »
Posted by Geoff at 11:14 PM 1 comments

The Pillows, "Comic Sonic". Where do they sit in the rankings?
With all of the shows this spring, it's pretty amazing to see all of the opening and ending themes competing for recognition. Usually, I tend to consider the opening themes to be more structurally sound and a better catch of the eye, but this season's ending themes are nothing to sneeze at themselves. While I will be reviewing the best opening themes later on, here are the twenty ending themes that I feel totally outshine the others.
(All of the CD images are straight from the CD Japan website.)
Read more »
Read more »
Posted by Geoff at 11:25 PM 0 comments