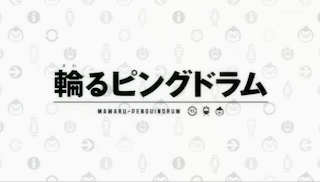 If it's not the heat, it's the absurdity! AniMaybe continues its look at Summer 2011's new anime shows with a look at Mawaru Penguindrum, an original anime series from Brain's Base and the creative mind of director Kunihiko Ikuhara.

The summer's here with a (somewhat) full slate of new shows, and AniMaybe is covering each new show with a comprehensive preview. This time, we cover three new animated shorts for Summer 2011—Double-J, Nyanpire the Animation, and Morita-san wa Mukuchi. 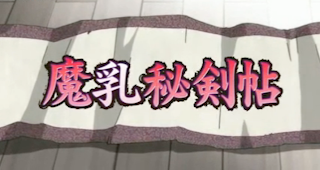 The summer's here with a (somewhat) full slate of new shows, so AniMaybe kicks off its Summer 2011 preview with a look at Manyû Hikenchô, an adaption of the samurai action manga written by Hideki Yamada and animated by Hoods Entertainment. If anime shows could smoke, these would be kickin' with Cubans.
(Astarotte's Toy, you'll find yours next to the Doublemint gum.)
Let's cut to the chase. It's a hard-knock life for anime shows. Unless you have a huge cult following like the powerhouse Shônen Jump machines or the untouchable Doraemon / Chibi-Maruko-chan / Crayon Shin-chan slice-of-life shows, you have the shelf life of a can of beer. It can last a few months with refrigeration and careful storage, but it will eventually skunk.

That's not to say that some shows can be the best of the skunky beers. Of the 30+ shows we reviewed this season, five clearly came out of the vat with the cleanest taste and thickest foam, rich enough to be bottled as a premium lager. After watching these shows, I felt satisfied from those that came to an end and thirsty for more from those that have not.

Get out your glasses, folks—these are your King of Beers*.

Your Investment Portfolio: Liquidations from Spring 2011

This season had shows with so much potential. For some, the potential was scouted and seen from the very beginning, as shows that were granted a half-year of episodes seem to have deserved it. For others, the potential came in the form of disaster, perhaps in the same way that we saw so much potential in the operations of Enron, New Coke, and the Exxon Valdez.

So here we go, folks. These shows have filed for Chapter 7. May they never return again. 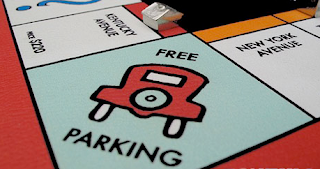 These shows are in neutral.
Good chance they won't be going anywhere soon...
Again, the amount of my financial background could probably be condensed to that of a single pamphlet, but even I know that not all deals, whether they be operational, asset-related, or on Wall Street, go swimmingly. Sometimes they need to be delayed or halted until a better time comes around or a better deal can be hammered out.
That was the case with a few shows this season. Whether they were full on promise and low in motivation (or the other way around), there were shows that I wanted to watch more, only to find that there was some obstacle to the deal. This doesn't mean that the following shows will be abandoned, but right now there was something that didn't allow me to finish them, even if the interest was there.
Here are the shows that I wanted to watch more of, but didn't watch enough. Maybe I'll get to them the upcoming season. Maybe.
Part 1: Spring's biggest gainers!
Part 2: Spring's biggest losers!
Part 3: Spring's incomplete deals!
Part 4: Spring's bankruptcies!
Part 5: Spring's best investments!
Read more »
Read more »
Posted by Geoff at 2:02 PM 0 comments 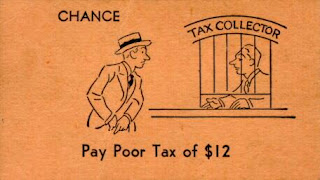 The Spring 2011 anime season is just about over!
Pay two months of subscription fees!
I'll be the first to admit that I know very little about finance and economic matters. I'm not dumb enough to be unable to tell stocks from bonds, but I'm also not the sort that will be able to construct Madoff schemes. I get much more use out of a book on checkers than a check book.

However, I do understand that there are nuances with stocks. Just because a stock has fallen in its price, that doesn't mean that the stock is totally going to be worthless now or in the future. I'm going to apply the same mentality when it comes to my anime—a show that has improved over the span of a season doesn't mean it was or will continue to be good in the future, and a show that has lost ground may not continue to lose it.

So take the following analysis with a grain of salt (but hold the tequila). Here are some of the shows that have lost some steam over the pressure of the Spring 2011 season.
Part 1: Spring's biggest gainers!
Part 2: Spring's biggest losers!*
Part 3: Spring's incomplete deals!
Part 4: Spring's bankruptcies!
Part 5: Spring's best investments!