There have already been some impressive performances over the past six months of anime—just getting acclimated to the various talents in Japan reminds me that the process of producing an anime requires full participation from a cooperative staff and an instructive mangaka who wishes to express his or her views on how the anime should be created. There are so many voices for feedback and output that it seems unfair to focus on one.

Still, there are faces and names that have defined shows, star recognition that has turned no-named works into hard-to-forget gems. It's time to identify those individuals with the next award for the half-year: 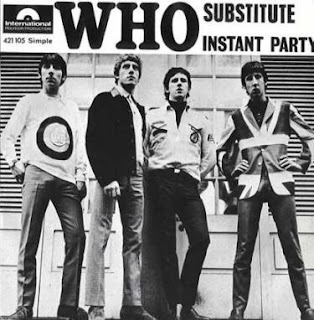 Who?! - The award for the best performance over the half-year. When we think about 2010, this is who left the biggest impression. Could be a character, voice-actor, producer, director, designer, etc. (Pretty broad, I know.)

It also appears to be unfair that the three names I've selected all seem to have a lot in common, especially over the past three years or so. Yes, I will admit it—all three of my choices are linked to the animation studio Shaft in some way. 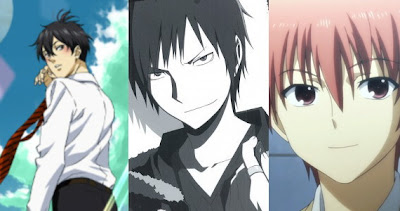 Kamiya's development into one of anime's best voice actors started from his obscure appearance in Marmalade Boy and his first named role as the entity known as "Zazie the Beast' in Trigun, but it wasn't until his performances as the suicidally-negative teacher Nozomu Itoshiki (Sayonara Zetsubô-Sensei) and the spirit-seer Takashi Natsume (Natsume Yûjinchô) that he finally broke through as a talented lead actor.

Just in 2010 alone, Kamiya has remodeled his tsukkomi nature for characters described as "strangers in a strange land" such as Kô Ichinomiya (Arakawa Under the Bridge) and Yuzuru Otonashi (Angel Beats!). However, it is likely that his choice for this category stems from his creepy performance as the street information merchant Izaya Orihara (Durarara!!), as Kamiya managed to turn Izaya into a manipulator without making him psychotic. Along with his performances in Working! and UraBoku, Kamiya has been one of the hardest-working male seiyû so far this year. 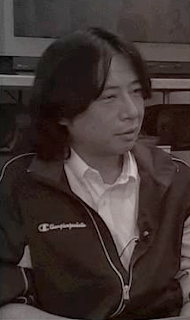 While Shinbo's name can really only be affixed to this year's surprising show Arakawa Under the Bridge so far, that's not to say that he shouldn't be recognized as one of this year's more influential directors. Over the past few years, Shinbo's works have been characterized by their interesting camera angles and use of text and typography. His directorial work currently is a far cry from his past work, starting with light comedies such as Metal Fighter Miku and Devil Hunter Yohko.

Considering that Shinbo has also directed the three Hidamari Sketch anime shows (3 Stars being his 2010 production) and will be working with the future sequels to Bakemonogatari (of which he also worked on) and Arakawa Under the Bridge, he stands to be one of the stronger directors in the near future. 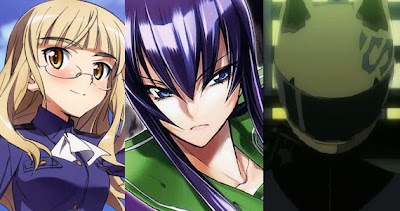 Appropriately, one of our candidates for the award should be one of the reigning Seiyû Award holders. Last year's "Best Actress", Sawashiro starred as the lead voice in CANAAN and Tegami Bachi, but 2010 brought her into the limelight as a serious voice actress, taking the lead as Celty in Durarara!! and Saeko in Highschool of the Dead.

You'd be stunned to find out the other roles that Sawashiro used to perform. One of her first roles was that of Puchiko in Di Gi Charat, a role she also voiced in part of the English dub. That's not to say that she didn't work in lighter genres this year, as she also voiced the role of the snickering sadist Maria in Arakawa Under the Bridge, bright-eyed Perrine in Strike Witches 2, and lead-singer Asami in Angel Beats!

Those of us here at AniMaybe, however, were pleasantly surprised to find out she voiced the childlike foreigner Maria in Sayonara Zetsubô-Sensei the past few years. If you have the talent to be deadly serious in one show and goofy in the next, you have one hell of a career as a seiyû. Sawashiro has already been announced as a lead voice for Zenigata in Milky Holmes and Baby-Beel in next year's Beelzebub.