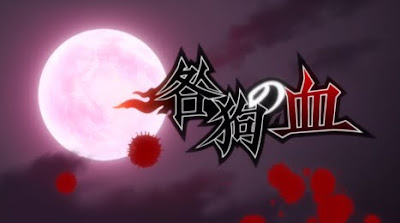 The barrier of social organization is usually the one hurdle standing in the way of a story without inhibitions. Mad Max saw its dystopia through the end of oil supplies. Rollerball, Deathrace 2000, and Demolition Man required economic uncertainty and global corporatism. Ultraviolet required a virus to get out of hand, while Tank Girl needed a comet to create its wasteland.

Regardless of the cause and despite the need for survival, the outcome often results in a new playground for humanity. Japan's entries have usually involved more of a duty towards reconstruction (Nausicaä of the Valley of the Wind, Appleseed), but we've also seen moments where any rehabilitation attempts are damned by gang warfare (Battle Angel Alita, Fist of the North Star). We've also seen recent shows and movies that require survival over all other counts (Battle Royale, Highschool of the Dead).

The visual novel franchise Togainu no Chi, however, uses the battlefield as a playground for neither recovery nor exclusion—it's all how the bishônen play with each other. 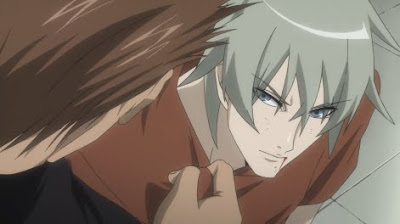 Developed into an animated series by Aniplex, Togainu no Chi (running at the Anime News Network website as "Bloody Curs") still takes the idea of post-apocalyptic nihilism as a means of competition. In this interpretation of the Third World War (called the "Third Division"), Japan has been split by war and the resulting anarchy. Tokyo has turned into an abandoned wasteland known as "Toshima", occupied by seedy gangsters and drug lords.

Steely-eyed Akira is one of the silent fighters in Japan's legalized "Bl@ster" fighting rings, but his freedom is revoked when he is framed for a murder. His price to pay for escape is an entry fee into the corrupt Igra fighting game, a loosely-organized competition in Toshima where competitors wear dogtags branded with playing-card decals as a sign of participation. Once the competitor completes a winning hand, he can challenge the declared "Il-re" for the position, and the victor becomes the "king" of the competition until the next challenge. 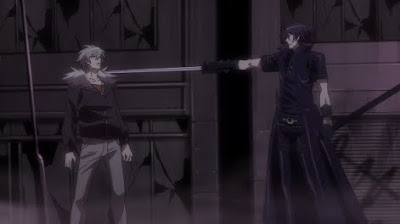 Unsurprisingly, Togainu no Chi's story develops much like the visual novel—Akira is the central figure, forced to figure out how to clear his name, while also involuntarily drawing attention from the other characters like a yaoi magnet. His friend Keisuke tags along despite his lack of involvement in the game and fighting prowess. Akira's reputation also brings challengers to the fold—a katana-wielding non-participant, an effeminate fighter, a chain-smoking bystander, and the judge/jury/executioner of the game itself, personified by the drug kingpin Arbitro and his lackeys.

With all of its pieces laid out for battle, you would think that Togainu no Chi would move at a war-march pace that Kenshiro moved in Fist of the North Star, the battles defined by the finishing moves of the fighters. However, the show seems to play more like a chessboard, the pieces moving slowly while the experts contemplate movement. Perhaps it is a lack of real character development that is at fault—we manage to get some concern from Keisuke for his friend's safety, even some one-sided attraction towards Akira from the boyish Rin, but it seems that all of the fighters are just sitting around, waiting for something to happen. Akira himself is probably the weakest of the links, shrugging off help and conversation from all comers and letting the sub-characters define what his role and personality will be. 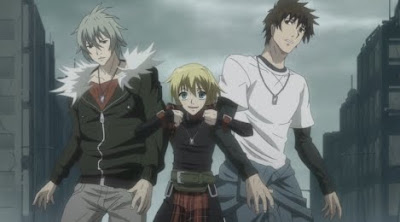 This isn't to say that Togainu no Chi is devoid of merit—the undermining plot is put together with some interesting angles, and the dramatic tone of the show has the occasional ability to trump the lackluster art. Fan service is held back in order to let the drama take over. However, an unemotional star can really drain the plot dry, as Akira gives a performance that is more Schwarzenegger than it is Bruce Willis.

It's probably fitting, since Togainu no Chi comes out a lot like The Running Man—man is blamed for a crime, man is introduced into a game for his freedom, man fends for his life. However, the end is guaranteed to have no kiss between hero and heroine, which is probably what will draw its target audience to the show. Togainu no Chi is a yaoi love story set in a dull slab of concrete—unmoving and gray to most, appealing to those who came to the museum to see it.