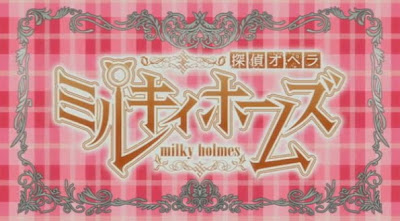 Detective shows can be hit-or-miss when it comes to anime and manga. While the genre tends to work well when given more than one chapter or episode to tease the reader or viewer about the criminal and his or her modus operandi (Meitantei Conan, The Kindaichi Case Files), they fail to appeal if all of the action was left to one episode. However, if the show tends to have a common criminal and detective—a Professor Moriarty to one's Sherlock Holmes, if you will—it has potential to carry interest even with shorter cases and even develop a fandom for the criminal (Lupan the 3rd).

Currently running on Crunchyroll, Tantei Opera Milky Holmes tries its hand at the latter formula with a small twist. Instead of a developed teen genius detective like a Nancy Drew or Encyclopedia Brown, we're provided the Sailor Moon version with four colorful teenage debutantes trying to educate their way to fame as detectives. In a society filled with great sleuths and equally great thieves, the climb is bound to have some pitfalls. 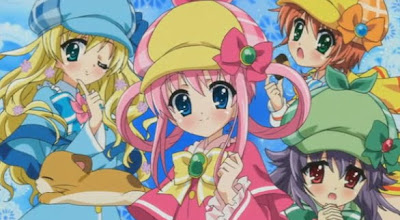 The four friends that make up the Milky Holmes detective troupe (Sheryl, Nero, Elly, and Cordelia, all derived from famous detectives) at the Holmes Detective Academy make up a new class of detectives, as students at the academy each have a supernatural ability known as "Toys". During a struggle against a particular team of thieves, all four suddenly find themselves unable to use their Toys. According to Henriette, the Student Council President, not having one's Toys is grounds for expulsion, and she gives the team three months to get their abilities back.

It turns out that this team of klutzes doesn't particularly know much about their abilities, but that doesn't stop them from trying to solve mysteries. While the "Gentlemen Thieves" start to plunder more museums, Milky Holmes still chases them down, often butting heads with the "Genius 4", the city's best police unit. What both teams don't know is that the "Gentlemen Thieves" are masquerading as students and employees in the academy, the leader of the Thieves being Henriette herself! 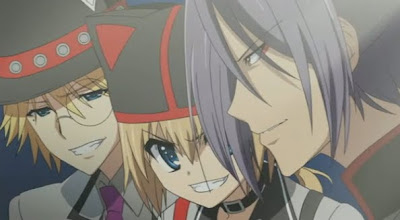 Considering the director of Milky Holmes is Makoto Moriwaki, known for his madcap styles in Oruchuban Ebichu and Hyper Dolls, the show tends to go for quick jokes without much of a care for the consequences. There aren't many pauses in the comedy, as the action is about as fast as an Excel Saga episode without as many in-jokes. Needless to say, that means that a lot of the plot doesn't make much sense either, and it left me wondering about the holes in common sense in the story: 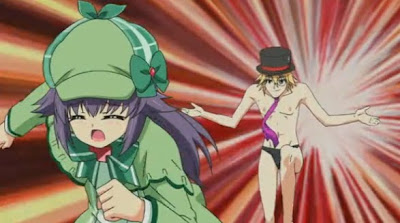 The one thorn that really sticks in the side is that Milky Holmes can't decide whether to be cute for the purpose of drawing girls to the show or to be cute for drawing otaku to the show. The designs are saccharine sweet in color, perhaps intended to mesh with the radio show from which the anime blossomed, but the situations are brutally adult. The Gentlemen Thieves are hardly timid in their actions, attacking the group with swords and bombs, while "Twenty" goes into full stereotypical gaijin-mode with his flamboyant English and his stripping shows. Hardly the stuff you see in shows like Magical Doremi. 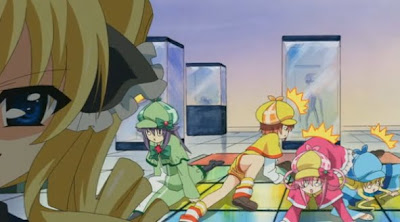 The biggest flaw that Bushiroad didn't consider when developing Milky Holmes as an anime is that there is no underlying development of the characters. We are thrust into the story, expected to know and identify with the characters and their abilities without any background. The heroines are all immature in personality, forcing their unlikeable counterpart villains to carry the show. Milky Holmes ends up suffering as a show without direction and character balance, and its lack of actual sleuths reduces the show into a colorized Keystone Cops fracas. In the end, there certainly is a mystery here—we need to hire a gumshoe to investigate who came up with this mess.
Posted by Geoff at 6:20 PM