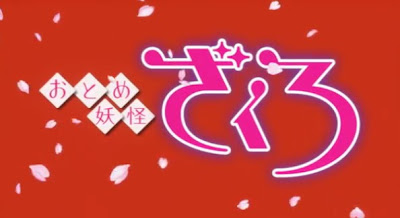 While there are species of supernatural beings that are not only found in Japanese folklore, the yôkai—the Japanese term for odd monsters and creatures that defy human understanding and often possess paranormal power—are certainly rooted in history. The word was first witnessed as a Japanese term in the 8th-century Shoku Nihongi scrolls, but the Edo period was the age when the yôkai reached a renaissance, often featured on ukiyo-e paintings and kibyôshi prints. The term is usually used for various Japanese monsters, but the most common beings known as yôkai have some sort of mix between humanity and beast (i.e. kappa, kitsune, tengu).

There is no doubt that the yôkai achieved their greatest recognition in printed culture through the literature of Lafcadio Hearn (known as Yakumo Koizumi, Kwaidan was written after he gained Japanese citizenship) and the manga works of Shigeru Mizuki (Ge Ge Ge no Kitarô). In animation, Studio Ghibli has given more power to the yôkai by binding them to nature (Spirited Away, Princess Mononoke, My Neighbor Totoro), while recent television shows have encouraged secretive interaction with high-school students (Kanokon, Omamori Himari). 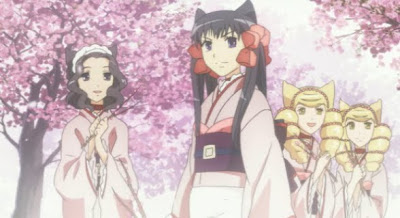 However, Otome Yôkai Zakuro ("Demon Girl Zakuro" on Crunchyroll) is one of the rare shows that address the unhidden negotiations between yôkai and human societies, presenting a "What If?" scenario. While the Westernization of an alternate Meiji-era Japan is proving beneficial to Japanese citizens, there is still contempt, especially with the spirits. In order to restore harmony between the two worlds, the government develops the Ministry of Spirit Affairs, an agency comprised of human lieutenants from the army and half-yôkai maidens who have the power to quell spiritual uprisings through ritual song and a mystical blade that can banish evil and confusion from yôkai.

While there is gentle unease between the timid Susukihotaru and the stoic Yoshinokazura, as well as comic gold from the doting interactions between pipsqueak Hanakiri and his partners Bonbori and Hôzuki, the main protagonist Zakuro wants nothing to do with influence from the West. Feisty and tomboyish as a maiden, she is initially smitten by the charm of head-lieutenant Kei Agemaki, only to return to her stubborn ways when she learns that Agemaki is terrified of yôkai. While the partnership between Zakuro and Agemaki is rocky in the beginning, the peace between human and yôkai appears even more tenuous, and someone out there seems to have eyes set on Zakuro herself. 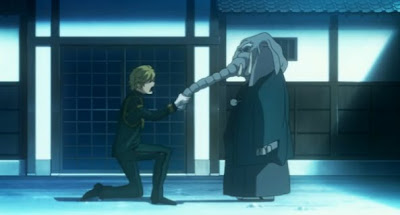 There is a lot about Otome Yôkai Zakuro that is both admirable and unsteady, mostly through its placement in an era of Japan that was both revitalized through cultural immersion and rocked by the opening of its harbors to the world. The original manga is drawn by Lily Hoshino, a mangaka who has often worked on "boys' love" stories, so her composition of attractive characters from both genders adds to the mystique of the Meiji era and its drama. It is this grace that makes the story different from other shows—while prior stories may have centered on the extermination or salvation of a yôkai through aggressive encounters, Otome Yôkai Zakuro focuses on ritual purification of the beast.

Surprisingly, OYZ also does a capital job on incorporating comedy into the situation. By introducing yôkai as members of society, a lot is said about the xenophobia of the times, but it also introduces comic characters to torture poor Agemaki's phobias. There is a finite amount of comedy coming from the unease between human and yôkai partners, but the gems come from Mamezô, a fang-toothed brown rabbit that doubles as the sheathe for Zakuro's knife—when Zakuro refuses to talk, Mamezô interjects himself into the situation by being too clingy with the terrified Agemaki. 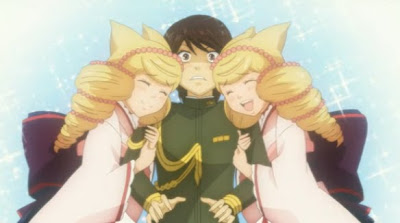 When an anime attempts to retell the past through a different tangent on the time-space continuum, sometimes it can turn out to be a rough ride for people who appreciate historical accuracy. However, Otome Yôkai Zakuro comes at a time where the Japanese setting needed to change—instead of bringing the oddities to a normal modern landscape and forcing them to adapt, OYZ brings the normal and the abnormal to a neutral field, a formula that has worked in Hayao Miyazaki's films.

So far, Otome Yôkai Zakuro has the makings of a worthwhile story and has lots of potential to introduce imaginative characters. While it may be no Ge Ge Ge no Kitarô, it may be the perfect show to reintroduce the average anime fan to the world of the yôkai.
Posted by Geoff at 2:30 PM