The Golden Ani-versary of Anime: Mark Your Territory! 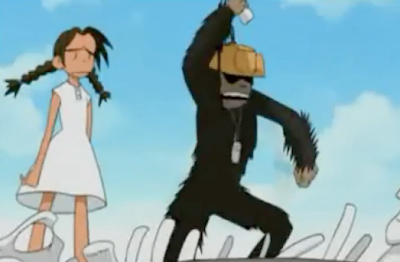 What has anime evolved from?
What will anime evolve into?
Will the future involve a Mawaru-Penguindrum dub?

In barely under two months, a very important milestone will be reached in anime, and it is likely that many fans, no matter what genre they worship, will not realize what has come and gone.

If you take a look at the overall anime timeline, you'll notice that we've already missed an important anniversary. Back on January 15, 1960, Japan ran its first animation on a TV broadcast, a three-story, 30-minute animation called The Three Tales (Mittsu no Hanashi), so we've already missed the opportunity to celebrate the golden anniversary for televised anime. We've also missed the 50th anniversary of Japan's first TV series, as the show Otogi Manga Calendar debuted in 1961.

I don't know about you, but I feel bad for missing two anniversaries. I'm not going to miss the next one. Neither should you. 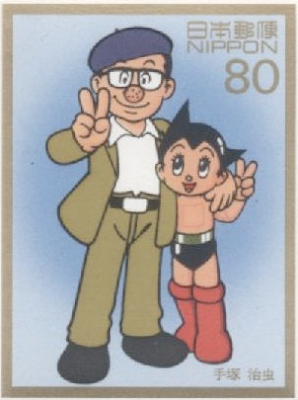 Let that sink in.

All of the DVD sales, global conventions, cosplay, maid cafes, Haruhi dance gatherings, Twitter and Tumblr conversations...all of it could be considered the product of the seed planted on January 1, 1963, when Astro Boy debuted on Fuji Television. Back in that first year, Japanese television ran a total of seven animated programs. This year, we're likely to have at least 120 new shows alone.

In honor of this immense milestone, I'm going to try something new and adventurous, and it's going to require help. A Herculean amount of help. After all, 50 years of fandom would be impossible to distill from even the most talented experts, let alone a tiny reviewer like myself. We're going to need a gigantic contribution from all the fans to do this.

No fancy names, so we'll call this...

The Golden Ani-versary of Anime


The plan: Take that initial year of 1963. Take the most recent year of 2012. That's 50 years of solid televised anime that we need to chronicle. Therefore, including myself, we're going to need a total of 50 anime writers, bloggers, historians, and scholars to target 50 total years. It could be the year you were born, the year you first turned your attention to anime, or a year that has fascinated you historically. Regardless, we need 50 writers to write about anime, a year at a time.

Your job: Here's what you have to do.


Will this project be big? Quite big, likely requiring its own blog. (Names being considered.)

In need of help? You bet.

I have no idea who we can draw together for such a large aspiring project, but I think we can do it. I currently have no plans to make this bigger than a mere blog, but I think a project like this will do a lot to educate people on the history of such an amazing cultural industry, as well as unify generations of fandom under a single ideal. Who knows? Maybe all you Naruto fans will understand where your anime was derived from, while all the Ribon no Kishi scholars will appreciate what your habit has developed into.


Reserve your year! Hopefully we can assign dates quickly and have our essays ready to roll by the first day of 2013! As the years are reserved, I will scratch out the dates below, so act fast and spread the word!

UPDATE: We now have a Twitter account (@GoldenAni), so be sure to look for a new blog location in the future.