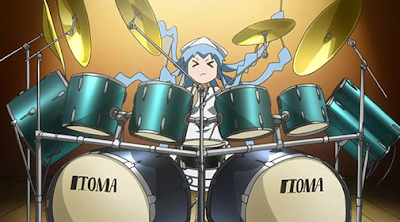 A cracking soundtrack doesn't necessarily need to be in place to make an anime good, but a really good opening and closing theme will have people talking for years. People are still dancing to the Haruhi Season 1 ending theme, and I'm convinced that DNA2 became a smash anime series thanks to the addition of a blossoming band known as L'arc-en-Ciel to its opening sequence. Produce a catchy song and grab the audience with 90 seconds of power, and you'll be sending them to karaoke boxes over and over. Guaranteed.

Here is a listing of the fifteen TV-cut themes, either opening or ending, that I think deserve some praise for lifting their shows. Heck, send some of them overseas for an award tour if you can! 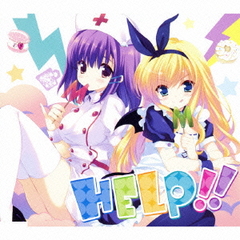 Well, not much to write about the animation, as it's pretty much just an assembly of the M.M.! crew displaying their idiosyncrasies, but the song sung by the main heroines, voice-actresses Ayana Taketatsu and later Saori Hayami, is at least peppy enough to lift spirits. Its double-sided nature ("Go to Hell!" becomes "Go to Heaven!" in mid-season) is notable enough to be a above-average start to the show. 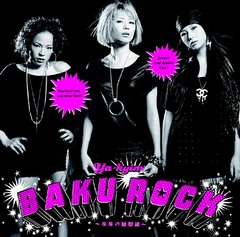 The limping opening theme from Kobukuro gives the slice-of-life show a little too much sappy romance, so at least the ending theme from the hip-pop unit YA-KYIM has a little more joy to it. The animation itself isn't much of a stretch, silhouettes of the main characters running along with panels of the supporting cast, but the up-tempo song keeps the atmosphere breezy enough for the next show. 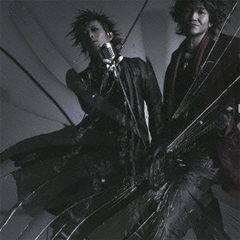 Surprisingly absent from the opening animation scene are Visual-Kei bands. With Buck-Tick still affiliated with the Shi Ki animation, the only other band that provides some good Vis-K rock is GRANRODEO, a duo comprised of veteran guitarist Masaaki Iizuka and voice-actor Kishô Taniyama. The opening animation is nothing exceptional, but the music really clobbers the listener like a cinder-block and sets a decent stage for the show. 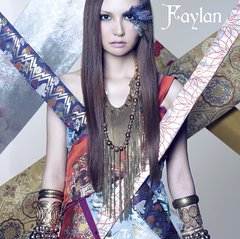 Faylan is one of those singers in Japan where her voice just demands a sexy song for accompaniment. While the decision to use her for the ending to Tantei Opera Milky Holmes is perhaps questionable, she adds plenty of J-pop power to the opening for Hyakka Ryôran. Add to it the female cast strutting their stuff with a clash of swords, and it's a nice punch to begin the show.

The ending theme to the second Arakawa Under the Bridge series has two different versions. While the original is a live-action presentation of its more cartoonish characters in realistic scenes, the second is an animated version with the heroine Nino exploring the world around her as if she were coming alive from a coloring book. The acoustic guitar finishes the episode appropriately, leaving a wind-swept feel to the story. 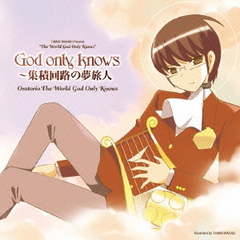 KamiNomi provides perhaps the most bipolar of the opening themes for the season, using just a fraction from a medley on the official soundtrack as its opening. The first half of the song drowns itself in digital and dances through circuitry like Tron, only to end in the tinny sound of a harpsichord and our main character's mind buried in a handheld video game. Appropriate, considering the main character's tendency to bounce between 2D and 3D mentalities. 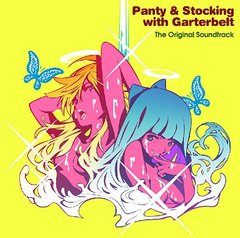 Panty & Stocking with Garterbelt has, hands down, the best soundtrack of the season with plenty of electronica to follow such a bizarre series. The ending theme tones it down by bringing the viewer back to earth with a slow English-language R&B dance number, while bobbleheaded versions of Panty and Stocking are subjected to slow-motion doomsday scenarios. A great way for the audience to exhale. 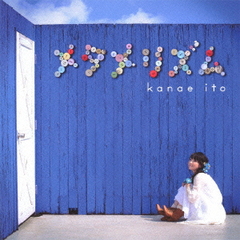 Sometimes simple is better. Although some minute details vary according to the content of each show, the ending animation covers only a shot of Squid Girl gazing longingly at the night sky and the waves on the beach. Kanae Itô covers the song gracefully like a boat drifting on a sea of violins. Possibly the best ending theme of the season. 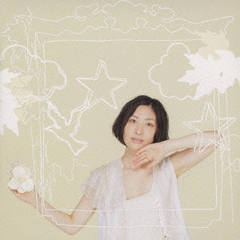 I'm a bit surprised that the opening theme for Soredemo was so upbeat and catchy that I often spent more time listening to the song and watching the opening than the actual anime itself. Maaya Sakamoto has such a range with her vocal talents as both a singer and a voice actress, and she pulls off a brilliant Broadway song, while Hotori and friends dance along in a cabaret number. 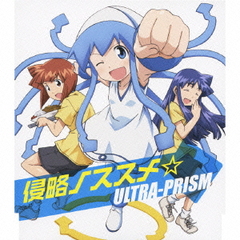 Nothing needed to be said here but...

If that doesn't get lodged in your brain for hours on end, you are one hell of a clear thinker. 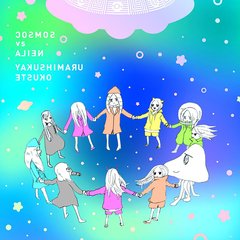 5. "Cosmos vs. Alien" - Etsuko Yakushimaru (Arakawa Under the Bridge*2, OP)

For the most part, Arakawa Under The Bridge has depended on surrealism in its story and comedy, so Studio SHAFT has saved a lot of its creativity for its openings and endings. Since the collaboration worked so well the first season ("Venus and Jesus"), Etsuko Yakushimaru donates her wispy voice to the second opening amongst a jaunty Wonderland-inspired tea party interrupted by explosions in space. 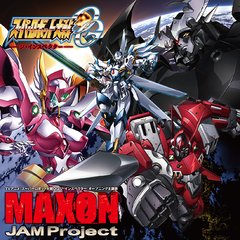 Come on. If it's got robots in it, it's gotta have the thunderous voices of JAM Project! Serious power charge from the quintet, and the animation sells the sizzle pretty nicely. Any excuse to yell "Revolving STAAAKE!" is as good an excuse as any. 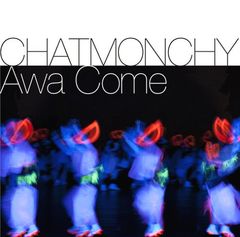 Kuragehime is meant to be a fluffy geek story, so it's only appropriate for the theme to be light and buttery like popcorn. Speaking of popcorn, the animation does a terrific job in presenting the characters in their own movie parodies, finishing with a sunny morning wake-up call around the apartment. Surprisingly, chatmonchy's influences stretch from Thee Michelle Gun Elephant and Hi-Standard to Dave Grohl, but they pull off a nice mellow sound. 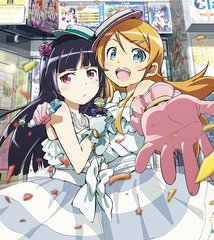 With such clear voices joining the upbeat background music, ClariS may surprise you—the duo is reported to have been in middle-school at the time of their debut this year. While the opening sells a lot of itself through Kirino's tsundere behaviors, the actual animation changes from week to week and remains fresh. Get to know ClariS—they're slated to sing the opening theme for Puella Magi Madoka Magica. 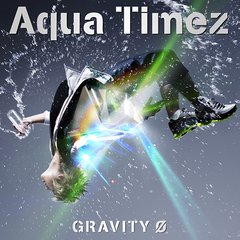 There is no song or opening sequence that could reasonably replace what Star Driver has offered this season. Instead of providing cuts to the various characters and mecha in the show, Studio Bones goes off the beaten path by having its hero Takuto running across two-dimensional solid-color scenery and past his classmates, his speed matching the pace and crests of the song. Aqua Timez had performed some good songs for Bleach, but there is nothing but inspiration coming from their blend of pop and rock before Takuto takes off for the skies in his mecha. If there was an opening that ever rivaled One Piece's first OP ("We Are!") in terms of the spring of youth and hope, this is it.

There you have it, folks. The Top 15 songs of the season. Keep your feet on the ground, and keep reaching for the soy sauce.
Posted by Geoff at 8:00 PM